One Hundred Eggs a Minute is an experimental documentary film about the reflections of a second-generation Chinese-American woman who grew up working in her family’s fortune cookie factory in San Francisco from ages 5 to 23. This is a film about one immigrant family’s means of survival, as much as it is a story about work, filial piety, sacrifice and the meaning of choice. 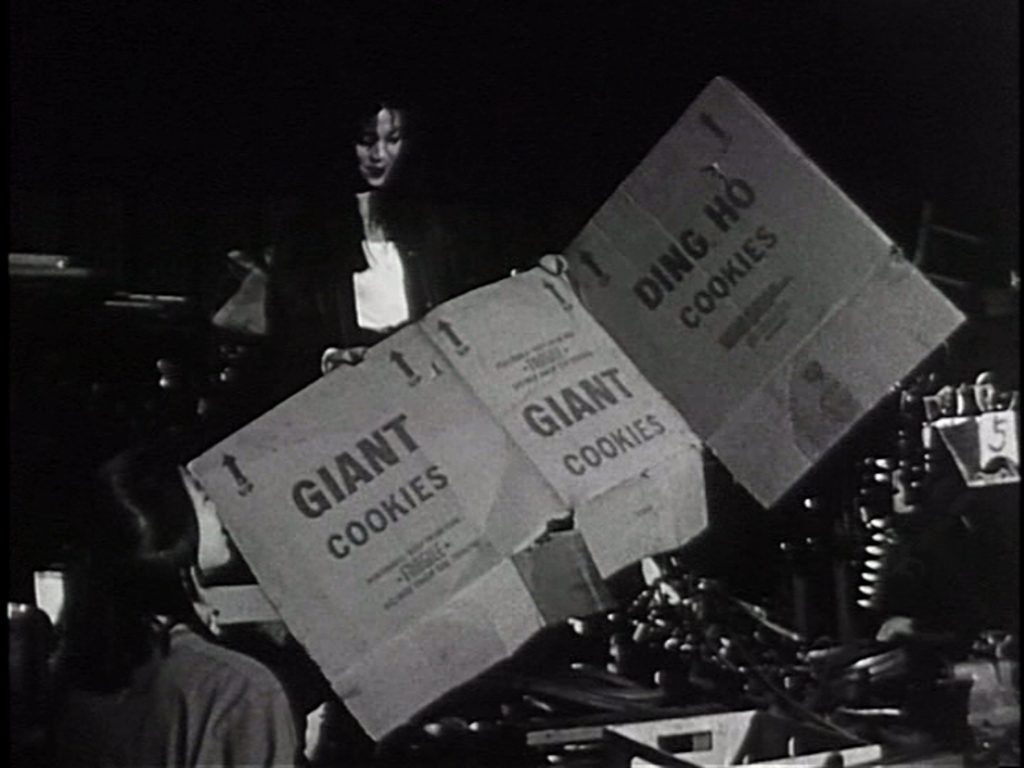 This film will stimulate discussion and provoke a critical re-examination of both the partial truths and distortions in stereotypes of Asian American women and families. -Sylvia Yanagisako, Professor of Anthropology, Stanford University

Student discussions will be stimulated by Maythane Woo’s contradictory impulses. She is a devoted daughter who sacrificed her youth and her chances to attend college to work in the family fortune cookie factory. Now in her late thirties and still single, she lives with her aging parents so that she can take care of them. At the same time, she longs to express herself – in art, in dancing, in telling viewers the story of her life. This provocative film is appropriate for history, anthropology, sociology, psychology, women’s studies, and ethnic studies classes. -Elaine H. Kim, Professor of Asian American Studies, University of California at Berkeley

Through May’s own wit, humor and creative genius, she transformed her family’s fortune cookie-making – at least in memory – into folk art. The deep message lies in the film’s portrayal of how she grapples with the conflicting challenges of a “we” communal culture and those of a highly individuated culture of “I’s.” -Pacific News Service

This film is unique in that it addresses the experiences of women of color as affected by the constraints of societal and economic discrimination, and intrafamily role expectations in an extremely thoughtful, nuanced and aesthetic framework. -Margaret M. Russell, Professor or Law, Santa Clara University

For information on sales and rental, go to Distribution