Writings about my experiences witnessing the residents’ courage and perseverance have also been published in Collective Wisdom (2009), edited by Donald Gerard, and in Concentric: Literary and Cultural Studies (2013) entitled On the Communal Other: Collaborative Documentary Praxis in Joyful Life.

Joyful Life is a feature documentary in collaboration with Hansen’s disease (Leprosy) patients residing at Taiwan’s Lo-Sheng (“Joyful Life”), one of the few remaining sanatoriums in the world, on the verge of disappearing.

Lo-Sheng (“Joyful Life”) leprosy colony was established in 1930 on the Sinjuang hillside in the outskirts of Taipei, Taiwan’s capital. As many as 1,100 patients lived in Lo-Sheng. In 1954, Lo-Sheng’s isolation policy, which severely restricted residents’ civil liberties, was finally lifted. As a result, leprosy patients had the choice to remain, to leave, or to self-admit, which deeply transformed the community.

In 2002, more than one-third of Lo-Sheng was destroyed due to subway construction and other pending urban development projects. As a result, more than half of the 300 remaining residents moved into the newly constructed hospital nearby. Due to resident, student and human rights activism, plans for total destruction have stopped. At this point, the sanatorium remains despite continued pressures from the government, private interests and local civilians to excavate.

Conceived as a collaboration among the residents of Lo-Sheng, a Taiwanese-American filmmaker, documentary students, and cultural workers, Joyful Life presents diverse perspectives of Lo-Sheng residents in the midst of their activism to preserve Lo-Sheng and not be moved to a nearby hospital. Filmmaker-led workshops prepare residents for their own storytelling and filming – creating an intimate portrait of a historically marginalized community and their inspiring determination to protect what they call their home. 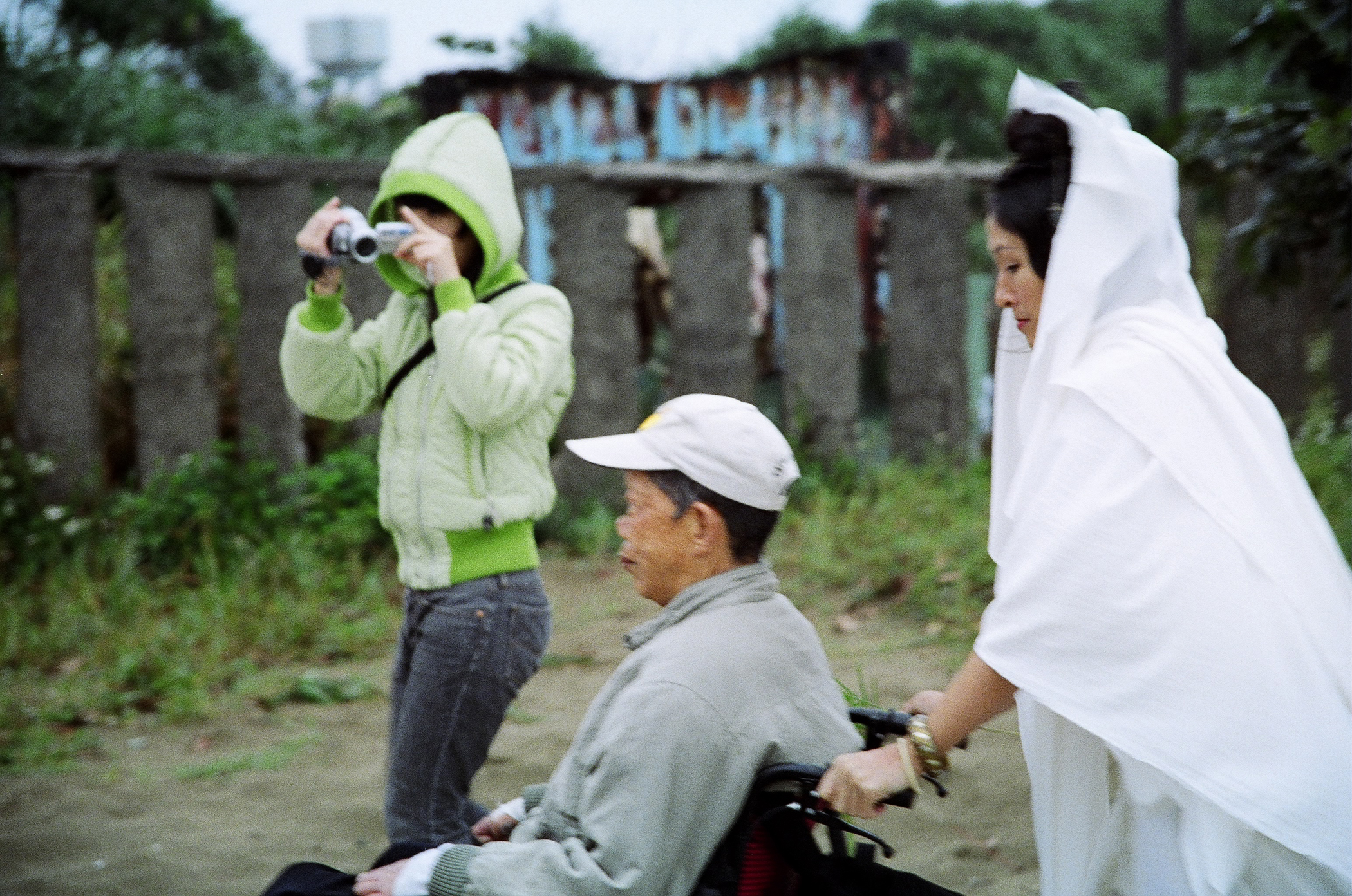 The ‘drama’ sequences that the residents participate in, interwoven into the film, form a strong interaction between filmmaker-camera-subject, which is rarely seen in documentary films on the same subject. -Robert Chen, Associate Professor, Department of Radio and Television, National Chengchi University

For updates and getting involved, you can visit their website at www.wretch.cc/blog/happylosheng
For information on sales and rental, go to Distribution

A co-production with Taiwan Public Television Service’s Viewpoints Program. Additional support from IDEA (Integration Dignity and Economic Advancement), and the Oral History Project/ILA Global Project on the History of Leprosy.