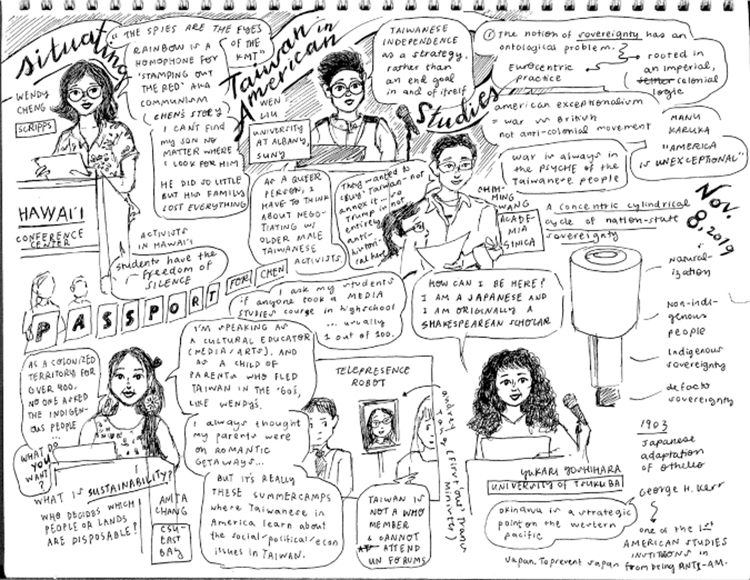 Honored to join a fantastic group of scholars for American Quarterly‘s June 2021 Forum with my essay “Making Our Best Move with Audrey Tang and Taiwan’s Digital Democracy.”

“This issue also features an important forum, ‘Against Empire: Taiwan, American Studies, and the Archipelagic,’ convened by Wendy Cheng and Chih-Ming Wang. Taiwan’s complex relationship with the US reached a new height under the Trump presidency. The forum’s conveners and contributors place Taiwan in the historical and contemporary US imaginary to engage the triangulated politics of the United States, the People’s Republic of China, and Taiwan that have been overdetermined by US military empire. As the essays not only illuminate the implications of coalition politics in the larger Asian and Pacific island worlds but also reflect on the origins of American studies in Cold War politics, the forum has a great deal to teach for American studies scholars beyond those specializing in Taiwan, Asia, or the Pacific.” – Editor Mari Yoshihara

Refuting the Silences of Taiwanese/American History: The Case of Chen Yu-hsi Wendy Cheng

Postwar American Studies in Asia and Its Prehistory: George Kerr and Taiwan as an American Frontier Yukari Yoshihara

From Independence to Interdependence: Taiwan Independence as Critique, Strategy, and Method toward Decoloniality Wen Liu