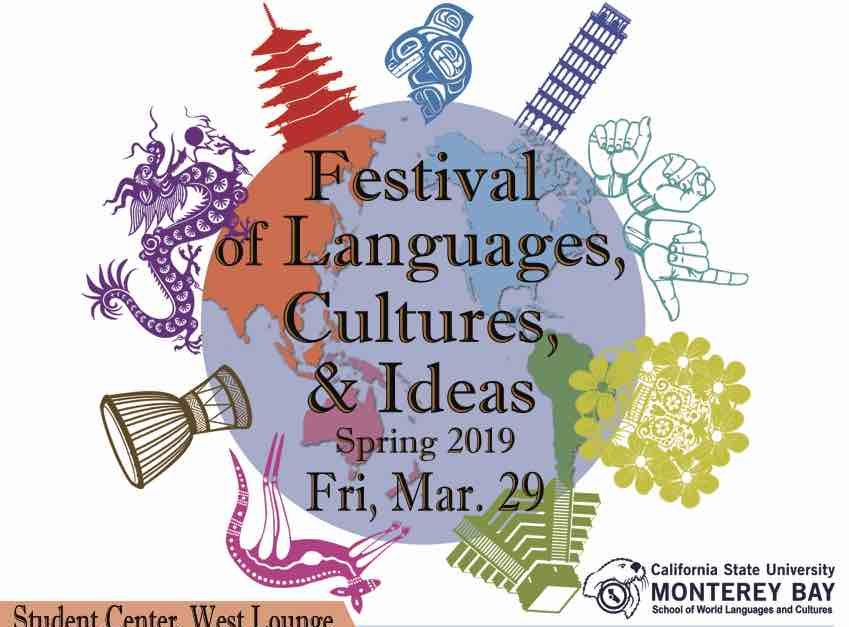 Tongues of Heaven screened along with a presentation of the Root Tongue web app to kick start the Festival of Languages, Cultures and Ideas.

Here is an excerpt from Prof. Dustin Wright’s opening speech for the festival on the importance of multilingualism:

Before I introduce our first guest, some quick thoughts on languages, cultures, and ideas. The years since the 2008 financial crash have been hard ones for language programs, and the humanities more broadly. From 2013-2016, colleges in the U.S. shuttered 651 language programs. A recent Pew Research study, recently highlighted in the NYT, showed that only 20 percent of K-12 students in America study a foreign language. In Europe, 92 percent of students study a foreign language. Only 10 states and the District of Columbia make foreign-language learning a high school graduation requirement.

It shouldn’t be this way, but in 2019, it sometimes feels like learning another language and learning about the world are acts of resistance. Why do I say that? Today, March 29th, was meant to be the day of Brexit, the United Kingdom leaving the European Union. For those who opposed leaving the EU, Brexit is seen as inherently anti-immigrant and a retreat from Europe and even the wider global community. Supporters of Brexit believe it will help the UK take back control of its own destiny, which they feel is unjustly decided at the EU headquarters in Brussels. Here in the U.S., of course, a similar strand of anti-immigrant and nationalist sentiment sits firmly atop a proposed wall along the southern border.

Languages carry ideas, and ideas can’t be stopped by walls and border agents. Languages allow us to acknowledge and celebrate difference, and recognize similarities. Learning about people in other countries, with all of their complexity, and learning to speak their language, makes them harder to vilify. But, it’s a beautiful Friday morning along the Monterey Bay, so let me give you some good news. Here in California, a new initiative by the Department of Education is a call to action:

This is possible. This is also natural. The linguist Kim Potowski has argued that humans are multilingual by default. Our brains are hardwired for it. 65% of the world today is either bilingual or multilingual. So those of you that speak more than one language, that’s great, but you ain’t all that special. And those of you who suffer from monolingualism, if the global population can achieve unity in 65% percent of anything, that means you can do it, too. Multilingualism is our default position.

I was personally afflicted with monolingualism well into adulthood. But then something happened, I was shown the light, I was reborn. I learned another language. Learning about the world is fun. Learning another language is empowering. Meeting people with whom you share almost no similarities, or with whom you might not even be able to speak, is enlightening. That’s what this festival is about.