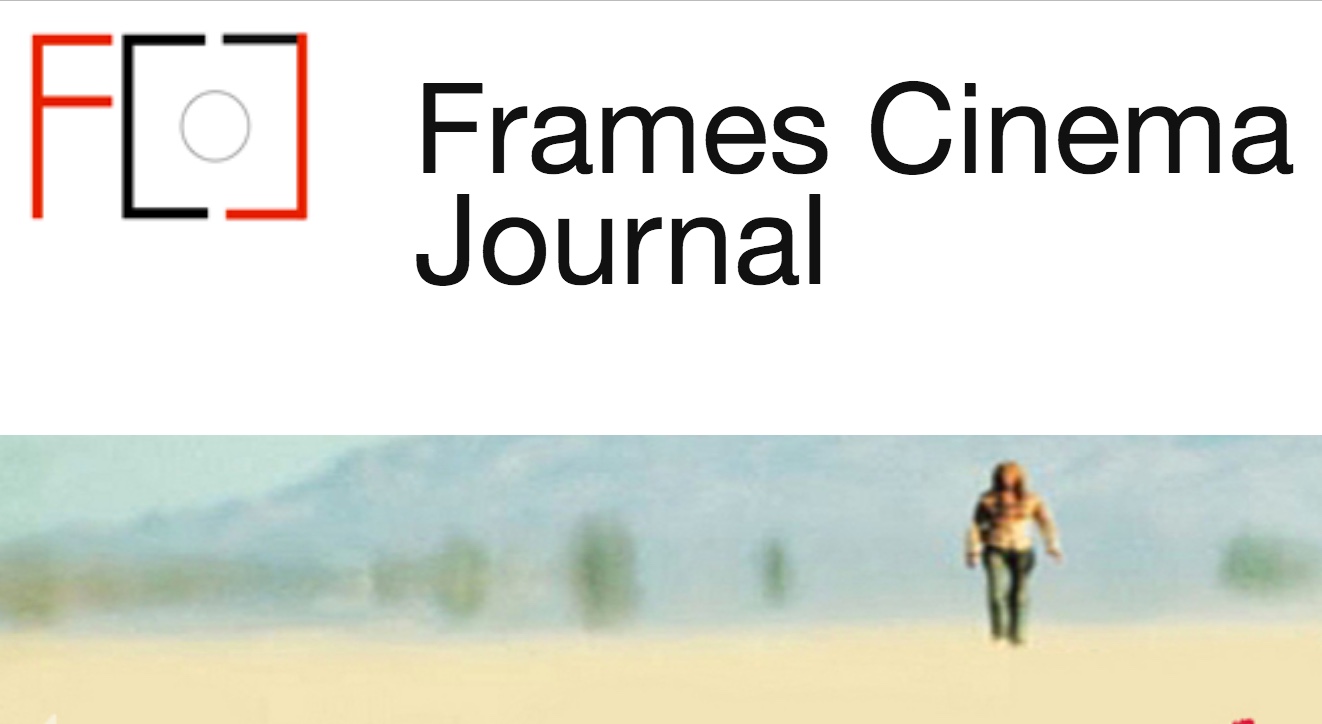 The open access Frames Cinema Journal reviewed our book Teaching Transnational Cinema: Politics and Pedagogy Edited by Katarzyna Marciniak and Bruce Bennett Routledge, 2016 Reviewed by Karina Horsti, University of Jyväskylä, Finland World cinema, cinema of the world, transnational cinema, accented cinema, cinematic transnationalism. Many concepts capture the various ways in which filmmaking and film watching cross national and cultural borders. This collection of 15 essays and one interview provides perspectives for educators to think about transnational cinema and pedagogies of watching and discussing films in the classroom. The essays are divided into three sections that examine transnational cinema: the first part addresses seeing and thinking about “the world” through film, the second, transnational encounters in the films and in the classroom. The third section concerns transnational aporias – a term which refers to alternative, radical and critical pedagogic positions made possible by watching transnational films. But what exactly makes a film transnational? This book speaks about films that are transnationally produced (finance, cast, crew, location) or originate from various countries other than where the films are being analysed. Transnational cinema also refers to films that address topics of crossing borders, exile, immigration, migration and multiculturalism. In the first section of the book, the authors direct attention to the tensions that constitute films’ contexts and to the positions from which films are seen. For example, how much background knowledge of the Cold War would students need to understand Wolfgang Becker’s Goodbye Lenin! (2003)? The authors do not give straightforward answers to the issue of who should provide the students with a context of the film’s production, history, culture, and politics; nor do they explain how that should be done and to what degree. How students “see” an unfamiliar world through cinema is shaped by the kind of context in which they read the film. As Matthew Holtmeier and Chelsea Wessels argue in their chapter, too much expert explanation might lead to only one reading of the film, “so that the process of viewing the film becomes a form of cultural mastery – an approach that sounds disturbingly colonial” (p78). The second section of the book analyzes the intersectionality of race, ethnicity, class, age, and sexuality in transnational films. Rachel Lewis discusses how transnational lesbian cinema can be used in gender studies teaching. Anita Wen-Shin Chang and Laurence Raw provide post-colonial perspectives, and Mette Hjort touches on audiovisual material produced by children and young people. While the issue of how seeing and discussing films is shaped by the backgrounds of students and teachers runs through almost all chapters, it is addressed more provocatively in the third section of the book. Unpacking this problematic is the most valuable contribution of this book. Film scholars tend to focus on the meaning and production of the film whereas the viewing context (who sees the film and with whom) is rarely discussed. This collection of essays offers insights about writing that into the analysis of films. Emotions and opinions about the topics represented in the films emerge in the class discussions afterward, and the pedagogical challenge is to listen and manage these discussions. Students watch the films from their identity positions but the experience of seeing and talking about the films opens potential for unpacking these identities. Responses to migration are increasingly polarized, and this is also true in classrooms. Several authors in the book put this challenging issue under scrutiny and provide first hand experiences and theoretical thinking that helps to prepare for such situations. In addition, in most university settings discussed in the book (the United States and in the United Kingdom), the students are from privileged backgrounds. Alex Lykidis points out that, while identification enables compassion, it can also sensitize audiences whose perspectives remain limited on account of elsewhere being “barraged by stereotypical representations of immigrants”. Identification therefore might “collapse rather than explain” the differences between immigrants and dominant groups. Quoting Katarzyna Marciniak, he continues that identification raises “ethical issues of appropriation, consumption, self-indulgence, empty empathy or sentimental gestures of pity” (p60). In an analysis of films about sex trafficking Aga Skrodzka touches on how consumption of such stories often is combined with discourses of pity and moral righteousness. The authors propose various alternative pedagogies to meet the challenges posed by watching and discussing transnational cinema in classrooms. The editors Katarzyna Marciniak and Bruce Bennett (p 15) open these more radical visions in their introduction with Trinh Minh-ha’s critique of an “all knowing subject” and Paolo Freire’s critique of the “banking model of education”. They insist that the teacher should avoid becoming an “all knowing subject” in the classrooms and that knowledge cannot be transmitted from the teacher to the student. Instead, they propose a position of “humility” that is sensitive to the transcultural encounters and power dynamics within the films, the classroom, society and the world. This position requires the humility of “not knowing” and “disempowering knowledge”. The classroom then, as Katarzyna Marciniak argues in her chapter, is a political and cultural site where confrontations and dissent are expected. She stands in contrast to comfortable, harmonious and easy classrooms that require “trigger warnings”, such as warnings for class content that might generate “racial stress”. While film scholars will be the obvious readers of this book, the book also speaks to those who “use” films in teaching about gender, migration, race, ethnicity, transnationalism, and border crossing. Many of us show films to students to generate discussion on theoretical ideas and empirical studies. The essays offer invaluable insights for thinking through the emotions and opinions that emerge in discussions. It is a perfect companion to radical pedagogy.