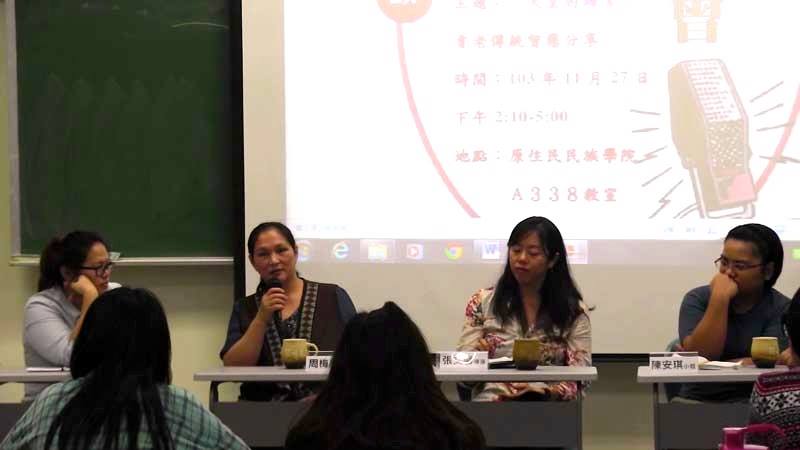 2014 Taiwan tour of Tongues of Heaven began November 17th with a special screening/forum held at National Dong Hwa University with students in the Department of Indigenous Languages and Communications in conversation with co-directors Anchi Chen, Anita Chang, Shinlan Yu and her mother Hedy.

Next stop is linguist Rik De Busser’s class at National Chengchi University on Language and World Civilization where a few students proudly share stories of why and how they learn and maintain their heritage languages.

It was wonderful to return to the Motion Picture Department at National Taiwan University of Arts where I taught for one year as a Fulbright fellow.

Final stop is at National Tsing Hua University in Hsinchu, hosted by Professor Chih-Fan Chen. The discussion topic was “The Birth of a Documentary: Themes and Stories/一 部紀錄片的誕生：題材與故事.” I was honored to be in the company of Shang-Chu Tang/湯湘竹 and emerging filmmaker Sheng-Yi Chen/鄭勝奕 as we shared our personal and professional experiences.